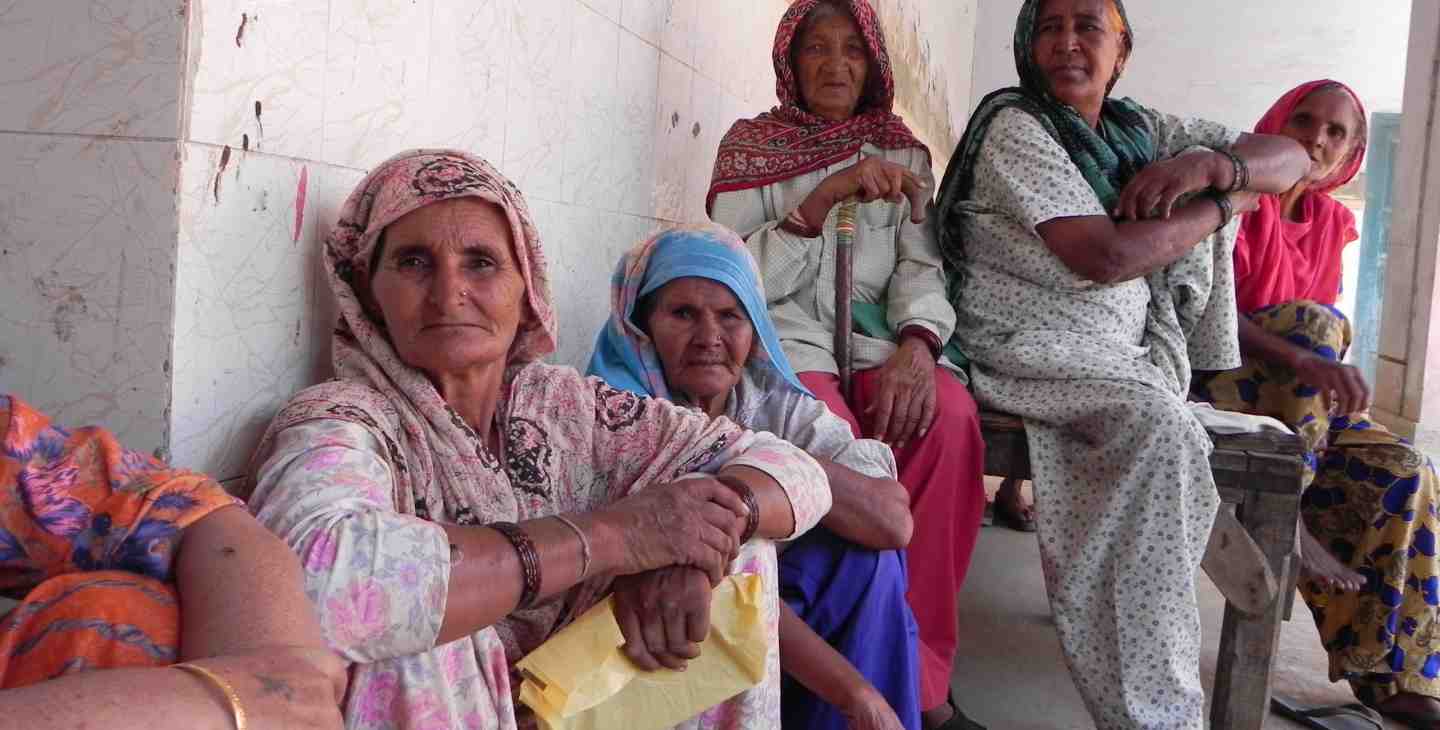 Traditional Medicine in the Himalayas

India is home to 1.2 billion people-the world’s largest democracy-and a bustling, vibrant, and culturally and historically rich country in the world’s Global South. One of India’s strongest resources are its people - an expanding workforce that is infinitely diverse across all 36 states and territories-but an increasing population is also one of the country’s biggest challenges. As a lower middle-income country, India continues to face enormous hurdles in poverty, malnutrition, access to education and basic healthcare, and gender inequalities. As of 2012, the World Health Organization (WHO) estimates that healthy life expectancy at birth for Indians is 57 years for both males and females. Yet, despite deeply embedded public health challenges, total expenditure on health in 2012 was a mere 4.1%, as reported by the WHO.

Traditional medicine is used by approximately 80% of people living in developing countries who cannot pay for modern medicine. This unique program affords the opportunity to learn about traditional and indigenous systems of medicine in India. Participants will learn about the philosophies behind Ayurveda, Naturopathy, Homeopathy, and Reiki and gain first-hand experience in methods of diagnosis and treatment as they learn alongside clinical practitioners. This program highlights the importance of cross-cultural competency in diagnosing and treating patients who may be receiving a combination of modern and traditional treatments, and understanding how the two interact and can work in harmony. Clinical immersion will be supplemented with daily yoga classes, lectures, and workshops on traditional medicine.

Students will travel through 3 locations in India’s northern state of Uttarkhand throughout the program. 2 weeks will be in the capital city of Dehradun, followed by 1 week in the hill town of Rishikesh, and the final week in Patti, a rural Himalayan village. Traveling to different locations allows participants to experience Indian healthcare through multiple lens, whether at a rural clinic delivering health services in isolated Himalayan villages or by visiting a government run tertiary care hospital.

Become immersed in Indian culture by living with a host family in Dehradun and shared accommodations in Rishikesh and Patti. CFHI participants may organize weekend trips to nearby Himalayan hilltop town or visit the nuermous Hindhu, Sikh and Budhist temples in the area.

CFHI offers options for students and faculty to fit your interests and schedule. Choose your program duration, or for a comparative experience, choose to participate in multiple programs. CFHI can also often accommodate alternate program dates upon request. For more information see our How to Apply page.

Ayurveda and Panchkarma Center- A medical center that facilitates patients with ayurvedic and panchkarma therapies. Participants will have the opportunity to attend interactive lectures and discussions, shadow physicians in the outpatient department, and observe treatment procedures of panchkarma and therapeutic massages.

Ashram, Rishikesh- A center for promoting Naturopathic treatment and therapeutic yoga and meditation. The institute provides students with first-hand exposure to naturopathy through lectures and direct clinical experience.  People travel miles to seeks services here because it is free and revered as a deeply spiritual place. Participants will go on regular rounds, receive lectures on naturopathy and ayurveda, and observe alongside trained naturopathic physicians.

Rural Clinic in Patti- The Patti outpatient clinic is located in a small, central village in the foothills of the Himalayan Mountains, where participants will spend one week living and working with local physician, Dr. Paul, who has a Bachelors in Ayurvedic Medicine and Surgery. In addition, CFHI participants will accompany Dr. Paul on 2-4 hour treks to surrounding villages to conduct health camps. These trips are essential for providing health services to those who cannot come to the main clinic and a great way to get a glimpse of life in a small Himalayan mountain village. Take part in medicinal plant identification during mountain treks, workshops on home remedies, and daily yoga sessions in this peaceful, breathtaking setting.

CFHI is considered a global health ethics leader therefore CFHI programs uphold strict standards and comply with all local laws regarding student involvement in health settings. Your experience on the program depends on your previous clinical training (if applicable), Spanish level, and the relationship you build with your supervising preceptor. Above all, YOU are the most important factor in making the CFHI experience as fulfilling as possible by being respectful, culturally humble, inquisitive, and open to the wide variety of learning experiences which you will encounter.

India is the 7th largest country in the world and one of the most populous, second only to China, with over 1.2 billion people. There are over 30 languages spoken across India’s 29 states and 7 union territories. The country is also the birthplace of 4 of the world’s major religions—Hinduism, Buddhism, Jainism, and Sikhism-and home to 32 UNESCO World Heritage Sites. India boasts a rich history, vibrant and colorful culture, and diverse and magnificant landscapes, including architectural wonders like the Taj Mahal and Golden Temple.

This program is based in Dehradun, the capital of Uttarakhand state in northern India, roughly 4 hours north of New Delhi. The city of Dehradun is situated at an altitude of 1440 feet, nestled between the Himalayan foothills to the north and the Sivalik Hills to the south. It offers breathtaking scenery and serves as a convenient base for visiting the area’s many tourist sites.

Participants will also spend a week each in Rishikesh and Patti. Rishikesh is a scenic town set on the banks of the river Ganges, surrounded by hills on three sides. Rishikesh has hundreds of ashrams, where scholars read the ancient scriptures and teach Hindu philosophy, traditional medicine, yoga and meditation. It has been called the Yoga capital of the world and welcomes hundreds of thousands of yoga and meditation enthusiasts and Hindu pilgrims every year. Patti is a small village in the foothills of the Himalayas just north of Dehradun, with a rugged, hilly terrain and lush greenery. Patti is great place to unwind, practice yoga, and trek along Himalayan footpaths.

CFHI participants have free time during most evenings and weekends and may choose to organize weekend trips to nearby destinations and take part in cultural activities offered in and around Dehradun.

On weekends, participants may want to explore the many religious sites located throughout the region, including Mindrolling Monastery and a large Buddhist monastery in the Tibetan Nyingma tradition, and visit the Taj Mahal in Agra or Golden Temple in Amritsar. Other popular tourist destinations include Jaipur, known as the Pink City of India, famous for its arts and crafts, most notably block printing, stone carving, and jewelry.

Accommodations will be provided on a shared basis (2-3 students per room) and are clean, comfortable, and safe. The food provided in the program is traditional Indian vegetarian cuisine. Accommodations may vary depending on the number and location of students throughout the month.

In New Delhi, participants will stay overnight at a local guesthouse on the day of arrival, until travelling to Dehradun the following day. During the first two weeks in the city of Dehradun, participants will stay with local host families. In the village of Patti, you will be staying in a small apartment located in the village in the same building as the clinic (rustic accommodations). Lastly,  In Rishikesh, accommodations will be provided at a local guesthouse affiliated with Parmath Ashram.

Eligibility: Who Can Apply?

This CFHI program is ideal for students and non-students of all levels and health disciplines and welcome anyone interested in and passionate about global health and medicine. In particular, this program will focus on learning extensively about traditional medicine in northern India and broadening perspectives about treatment approaches in health and medicine. For more information, please read CFHI's general eligibility requirements.

India is a multicultural and diverse country with over 30 different languages spoken by more than a billion native speakers. English and Hindi are considered the language of government and business and English is widely spoken by most professionals and used frequently in many business and academic settings.

Hindi is widely used in the northern region of India where Dehradun is located. CFHI staff in India and healthcare professionals at the various clinical and public health sites you will interact with communicate effectively in English. However, you will find that daily communication amongst locals and community members will be in Hindi.

Participants should arrive in New Delhi, India (Indira Gandhi International Airport) on the program start date. A CFHI representative will be there to pick you up from the airport.

Later that day, or the following day, contingent on local conditions, transportation will be provided to Dehradun either via train or other private transport. Upon arrival to Dehradun, a welcome orientation will take place, led by the Local Coordinator.

CFHI Program fees include the majority of your on the ground costs. As a nonprofit, CFHI strives to keep fees low and offers fundraising opportunities, scholarships and discounts.

Uniquely CFHI, 50% or more of student program fees go directly to the communities they will be visiting, benefiting the local economy at large and specifically underserved health systems. Read more. 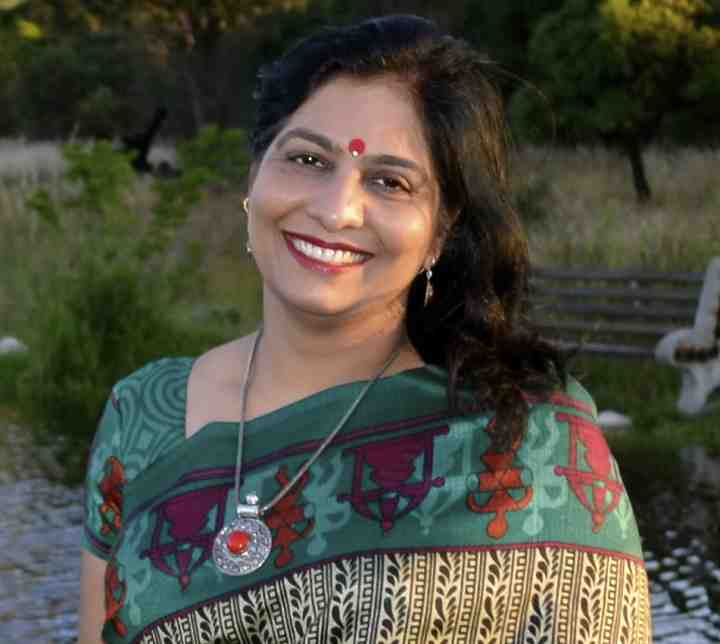 Hema Pandey- CFHI India Director: The role of the India Director is to coordinate and manage activities for all CFHI programs in India. Hema has been instrumental in establishing CFHI's growing presence in India, developing new program sites and researching CFHI's growth potential in-country. She has worked for CFHI since 2005. She holds a Bachelor’s Degree in Business & Commerce from Kurukshetra University and a PG diploma Fashion Design from International Institute of Fashion Technology. Her professional interests include rural and urban healthcare, water and sanitation, gender, social development. She likes helping CFHI students achieve academic and personal goals and develop leadership skills during their time on program. In her free time she enjoys photography, travelling with family, volunteering, basketball, and cycling. 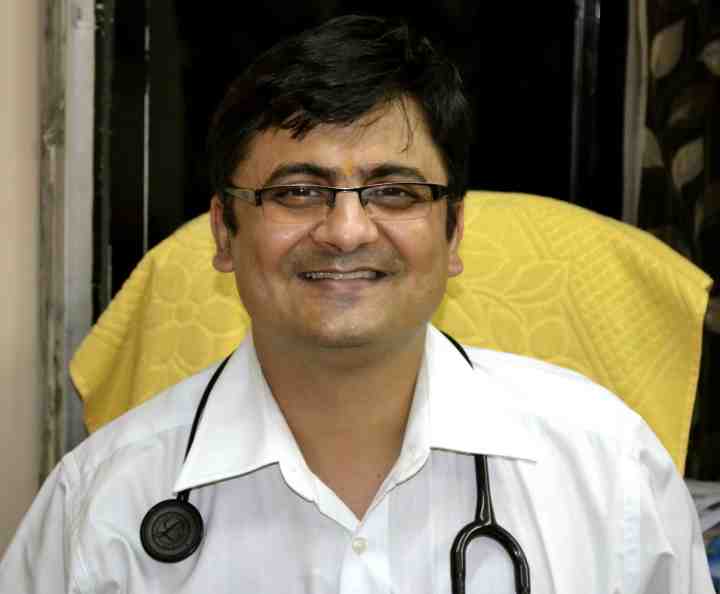 Dr. Sanjay Gandhi- CFHI Dehradun Medical Director: The role of the Medical Director is to arrange clinical and public health placements, supervise the participant experience at these sites, and provide instruction on healthcare topics during weekly meetings. Dr. Gandhi runs a private clinic in Dehradun. He is trained in emergency medical services and caters to all kinds of medical emergencies, specifically cardiac and respiratory. He is a committed physician who enjoys working with CFHI participants and the local community. 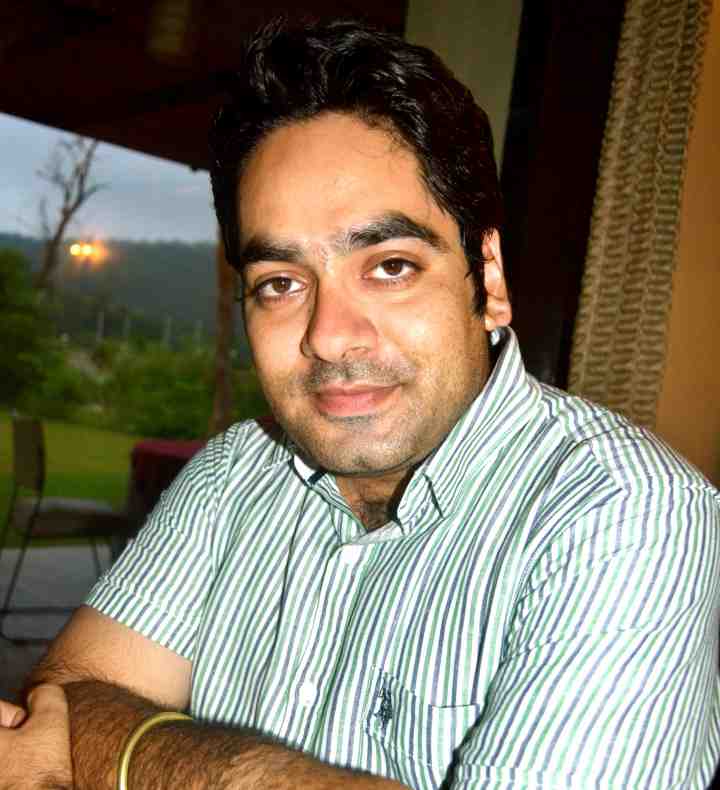 Mayank Vats- CFHI Dehradun Local Coordinator: The role of the local coordinator is to organize housing, transportation, orientation and weekly meetings. Mayank is a great resource for any questions related to navigating Dehradun locale, cultural norms and tips on planning weekend travel. Mayank has worked with CFHI since 2007. He graduated from Prayagraj Allahabhad University in Dehradun and is currently pursuing a degree in Mass Communication. He views CFHI participants as “global ambassadors” and enjoys learning about their studies and culture. In his free time, Mayank writes poems in Hindi and English.

"I had researched various organizations before commencing my voyage to India. Though I do believe that travel can be spontaneous and unplanned, I think that when it comes to volunteering, proper research must be executed. There exists this "benevolent gratification" that many travelers are drawn to when it comes to going abroad and volunteering, however a lot of "aid" is not necessarily beneficial or productive. With that said, after much research, I picked two organizations to work with during my stay in India. One was with interest in alternative medicine (CHFI) and the other focused on modern medicine. I can say that with the comparison of the two, CFHI was undoubtedly the most engaging, dynamic, and nourishing organization that I've participated in."

"The week spent at Patti was one of my favorites! The clinical setting was very different than anything I have experienced in the U.S. The hike that we did to a nearby village to setup a health camp and interacting with the children at a local middle school during a health camp were very memorable."

The Sustainable Development Goals are a global roadmap set forth by the United Nations General Assembly to end poverty, protect the planet, and ensure the well-being of all individuals by the year 2030. This program highlights the following SDGs:

More Programs with a Similar Focus